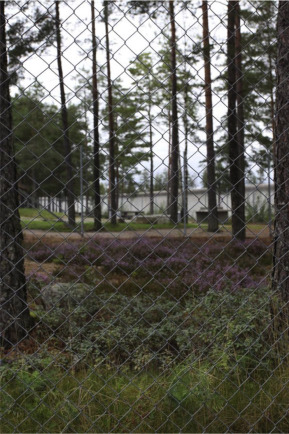 Prisons are typically highly-controlled spaces, in which landscape elements (buildings, fences etc.) are carefully planned to maintain a secure perimeter and clear sightlines, and to minimise opportunities for prisoners to scale vertical structures, or conceal contraband. They are also environments whose cost, both capital-build and facilities-management, is under constant scrutiny. Further, they are environments about which very strong opinions are held about what is ‘appropriate’ – public opinion, as reported in a vigilant media, complains that prisons resemble ‘holiday camps’ and are ‘too soft’, instead demanding ‘no-frills’ accommodation. However, contemporary prison reform discourse emphasises normalisation, and suggests that therapeutic environments can support enhanced rehabilitation and possibly desistance from reoffending.

In a new open-access paper just published in Social Science & Medicine, entitled Turning over a new leaf: The health-enabling capacities of nature contact in prison Dominique Moran and Jennifer Turner report on findings from a project undertaken with Yvonne Jewkes. They explore the potential applicability of evidence of health-enabling effects of elements of the built environment – particularly access to nature – deriving from research in healthcare facilities – to evidence-based design in the custodial context. Drawing on comparative qualitative research conducted in the UK and the Nordic region, they argue that although available data lack direct comparability, there is evidence that access to nature generates the same health-enabling effects in custody as are recognised in healthcare facilities. Reflecting on the differing political contexts of imprisonment in the two study areas, they conclude by advocating further research both to better understand health-enabling elements of the custodial built environment, and to better enable robust findings from healthcare facilities to be applied in custodial contexts.

This paper is the latest in a growing list of studies which consider the beneficial effects of access to nature in prisons. It traces its origins back to Ernest O Moore’s much-cited 1981 study, A prison environment’s effect on health care service demands (Journal of Environmental Systems, 11, 17-34) which was the first empirical study of the effect of nature views on prisoner wellbeing. Moore found that prisoners in a US jail who looked at something green from their cells made fewer sickness calls than those who did not. He noted that these prisoners may not be less ‘sick’, but rather in less desperate need of human contact that they would make a sickness call in order to get it. Two further unpublished PhD theses (by Marcia West, Landscape Views and Stress Response in the Prison Environment, in 1986, at the University of Washington, Seattle; and Anne Spafford, The Prison Landscape and the Captive Audience: Is Nature Necessity or Amenity? in 1991, at the University of Illinois, Urbana-Champaign) replicated and extended Moore’s work, showing that inmates and staff felt calmer when prisons offered more visually complex views, and that inmates with a higher percentage of naturalistic elements visible from their cells made fewer sick-calls than inmates with views dominated by the built environment.

However, since the early 1990s, and in line with a dearth of research into prison environments in general, very few researchers have probed the effects of nature contact, especially views of nature, for persons in custody. Although there are numerous studies of the positive effects of prison gardens and horticulture programmes, (such as Lindemuth, A. 2007. Designing therapeutic environments for inmates and prison staff in the United States: Precedents and contemporary applications. Journal of Mediterranean Ecology, 8, 87-97) very few consider the effect of the views of green spaces independent of the effects of getting outside and doing physical work, so it’s hard to know which element is having the positive effect, and in what proportion. In terms of drawing out recommendations, it is difficult to know what this means for prisons that cannot offer large scale horticulture programmes.

The revival of rehabilitative ideals for custodial environments has seen a recent increase in interest in the potential of nature contact to assist in rehabilitation; (e.g. Jana Söderlund and Peter Newman’s 2017 piece Improving Mental Health in Prisons Through Biophilic Design (The Prison Journal, 97(6), 750-772) and Nalini M Nadkarni and colleagues’ 2017 paper, Impacts of nature imagery on people in severely nature‐deprived environments (Frontiers in Ecology and the Environment, 15(7), 395-403) which reflect on the potential impact of nature contact in custodial environments.

In Moran and Turner’s new paper, they find that the calming, de-stressing effects of nature contact, which are widely found in healthcare facilities, were also observable in two study prisons; “across the two study sites, one much ‘greener’ than the other, respondents denied nature contact wanted to have it and could articulate the benefits it would bring, and those provided with green spaces valued them highly and described the health-enabling effects they derived”. They argue first that more serious consideration should be given to the application of evidence-based design, derived from healthcare facilities (such as support for greater access to and views of green spaces for prisoners), to the custodial sector. So yes, prisons should have trees. But second, and reflecting on insights into the management of green spaces in prison, they argue that “almost any aspect of prison life which is valued by prisoners, and to which access is not protected in law, can be transformed into a privilege to be earned or punitively removed, and this management tendency would need to be carefully considered in future knowledge transfer”.

Carceral geographers and others working on the embodiment of confinement may wish to contribute to an upcoming seminar:

The Research Groups ‘Crime & Society’ (CRiS) and ‘Social and Cultural Food Studies’ (FOST) of the Vrije Universiteit Brussel, extend an invitation to the international seminar ‘Food in Prison. International and Multidisciplinary Perspectives’, which will take place in Brussels (Belgium) on the 21-22 September.

The goal of this seminar is not only to offer an overview of studies on prison food, but to stimulate scientific discussion over the different disciplines on specific prison food related topics, such as self-catering systems, hunger strikes, gender issues, etc.

Central themes of discussion include:

For any inquiries regarding the program, please contact:  An-Sofie.Vanhouche@vub.ac.be.

Marcus Harmes at the University of South Queensland is issuing a call for papers for a proposed edited collection on media, incarceration, prisons

Prisons, prisoners, and crime are attracting unprecedented levels of interest from both predictable sources (tabloid media) to more unexpected (such as the prison setting of Paddington 2).

Globally, but especially in the United Kingdom, the United States and Australia, the real life prison population is rising dramatically. The fictional presentations of prison, which may be prurient and sexploitative, high minded or fantastical, is matched by the barely factual and highly sensationalized prison of reality television. Orange is the New Black is only the latest example of the compulsion media of all types have to look inside the prison.

This proposed book focuses on the (real or imagined) spaces of the prison and prisoners and the stories told about prisons and justice in media both fictional and non-fictional media, and perhaps more importantly, in the uncertain space between both. Reality television, tabloid media, crime and horror films, soap opera and pornography and gaming are all possible areas of focus.

Possible themes, areas and productions include (but are not limited to)

Please send chapter abstracts of 300 words by June 15th 2018. The abstract should indicate the focus of the contribution, the approach/method the author/s is taking to the research question and tentatively the conclusions the chapter will be making.

At present no contract is signed but there is positive interest from a major international publisher for a full proposal.

Questions can be directed to marcus.harmes@usq.edu.au

The RGS-IBG conference takes place in Cardiff, UK on 28-31 August 2018. The CGWG will be well represented, with three sponsored sessions (Geographies of Institutionalised Childhood, Camps, Control and Crime: Critical geographies of security and refugee encampment; and Care as Incarceration: The Changing Landscapes of Institutional Treatment of Disabled People) as well as the AGM of the Working Group itself. (The conference programme is to be announced imminently here: RGS-IBG conference)

If you would like to express interest in receiving one of these complimentary passes, then please carefully review the Research Group Guest criteria to check your eligibility. (The three key criteria are that nominated guests: (1) must be making a substantive contribution to the conference programme, e.g. presenting a conference paper, acting as session panellist or discussant, or convening a conference session; (2) are expected to also be active participants in the conference, attending sessions beyond the one in which they are directly involved, and that (3) if a nominated guest is from the UK, they must not be a geographer or a member of a university geography department).